In person using guidlines outlined above 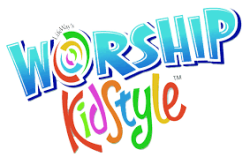 We're here to welcome you. For non-emergencies, please drop by during these hours:

An Abbreviated Look At Our Local Church

· Some thirty-five years after Edgerton was organized in 1853, a number of citizens felt the need of an open church to complement the several other congregations already started here. Their interest culminated in the founding of the Edgerton Congregational Church.

· Papers were circulated in May, 1889, to learn of persons interested and who would be willing to support a Congregational Church. Organization of the Church and Sunday School took place in June, 1889, with 32 people present. In July the group was incorporated with 26 charter members.

· In 1890 ground was staked out for a church building. A cornerstone-laying ceremony was held in August, 1890. The building was improved over the years, and a pipe organ was added to the sanctuary in the early 1900's.

· Sometime in the 1920's the ladies began frying and selling peanuts to raise funds, a project which continues today.

· In January of 1932 the building was substantially damaged by fire. This was during the depths of the Depression; however, the church was rebuilt and improved and was rededicated in September of 1932.

· In 1948 the congregation voted in favor of the merger with the Evangelical and Reformed Church, and, in 1961, voted to adopt the constitution of the United Church of Christ.

· Fire again damaged the sanctuary in 1979. Once again, the building was repaired and improved.

We continue to be an open, welcoming and caring church, operating under self-governance, which is derived from our earliest denominational roots.